Journalist Ariel Leve has produced a memoir of growing up as collateral damage in literary New York. Divorced at the dawn of the 1970s, the author’s mother, a poet dubbed Suzanne, places her own career aspirations and uncontrollable drives above the encouragement and support, and sometimes protection, of her daughter. In a complex mosaic of impressions from childhood and adult life, Ariel realizes that even in this sometimes brutal relationship, a love of words has been imparted from mother to daughter, playing no small role as tools in the author’s eventual liberation.

Composed of seemingly random snippets presented out of chronological order, the book is a highly structured argument on the effects of neglect and emotional abuse in childhood on adult intimacy. Ariel the child is at once the neglected, manipulated daughter of a self-indulgent literary diva momentarily rescued by a series of surrogate parents, and the uncertain adult Ariel groping for connection with a loving, supportive partner and his affectionate twin daughters. A third character, the author herself, is the relatively unitary mind trying her best to step back and make sense of these tortured experiences in the very composition of this memoir.

Against this relatively concrete self-portrait is pitted the abstract maelstrom of Suzanne, the compulsively needy mother, the picture of artistic self-centeredness and unpredictable turmoil personified. Tangible only when making demands or offering timed depth-charges of love and support, Suzanne is a ubiquitous presence that has left fingerprints on Ariel’s psyche that reach to the other side of the world. Now the conflict is within Ariel herself.

The relatively few names dropped are enough to suggest that anybody who was anybody was likely to turn up at one of Suzanne’s raucous dinner parties thrown in her Upper East Side penthouse, interrupting Ariel’s homework and sleep pattern. The child pleads for famous directors, novelists, and magazine editors to go home, and tap dancers, opera singers, and Broadway composers make it impossible to rest. By the time we meet Andy Warhol, we are as unimpressed as the seven-year old who has once again been kept up well past her bedtime on a school night.

In Ariel’s waking hours, her mother’s inappropriate appearances at school and erratic behavior in restaurants are the source of even greater humiliation. Suzanne’s extra-literary reputation has preceded her adult daughter even across the Atlantic, where Ariel has fled as much to escape her mother, since become a documentary filmmaker and Broadway dramatist, as to pursue her own career in journalism. Reports of her mother’s latest scandals follow Ariel even to Bali, despite efforts to curtail communication, and Ariel dreads running into Suzanne when her itinerary brings her back to New York. 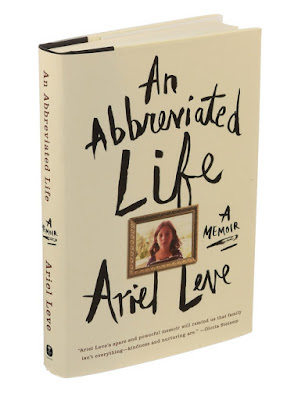 Even more virulent prove to the coping strategies Ariel has had to improvise in order to survive her childhood, now hard-coded into her brain and threatening to derail her adult efforts at establishing safe and loving relationships. Thanks to nurturing guidance provided by more stable caregivers, prolonged therapy, and sheer trial and error, Ariel comes to realize that her worst enemy is herself.

It is at this point that the narrative may seem inexorably drag on, as a relentless and increasingly erratic Suzanne only redoubles her efforts to maintain a manipulative presence in Ariel’s life and defeat her. But survivors of toxic childhoods will recognize that realization is not the same as resolution, and establishing new terms for an adult relationship, let alone effecting a clean break, with an irrepressible loved one can involve numerous false starts, prolonged effort, and discouraging relapses. A force of nature such as Suzanne is a worst case scenario.
________________________
Note: This is a book review I submitted June 29, 2016; it was accepted for publication but never run. After two years, I think it's safe to run it on my own. Although the book was well-written and even gripping, it lacked a feel-good happy ending, and didn't seem to make a major splash.