Here is a selection of anatomical studies I made in my sketchbook around 1998. I had been studying anatomy, principally the books of Burne Hogarth, at this point for some twenty years (1978), and would periodically brush up on anatomy every 18 months or couple of years or so. The studies here are unusually elaborate, and I recall at this point trying to "get it" once and for all (an unachievable goal!). 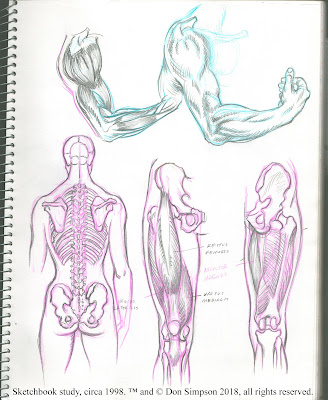 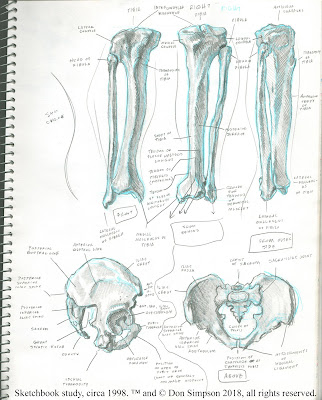 They are based on, in no particular order, Louise Gordon, How to Draw the Human Figure: An Anatomical Approach (Viking, 1979); Stephen Rogers Peck, Atlas of Human Anatomy for the Artist (Oxford, 1951); David K. Rubins, The Human Figure: An Anatomy for Artists (Viking, 1953); and Jack Hamm, Drawing the Head and Figure (Putnam, 1963). There may also be a stray bit of Andrew Loomis, culled from a Walter T. Foster edition, but I don't think so. 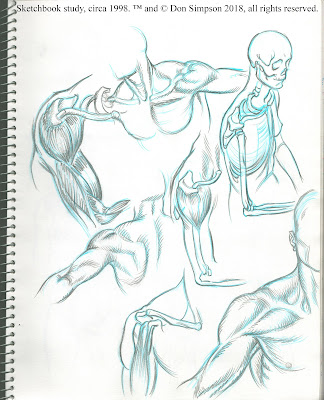 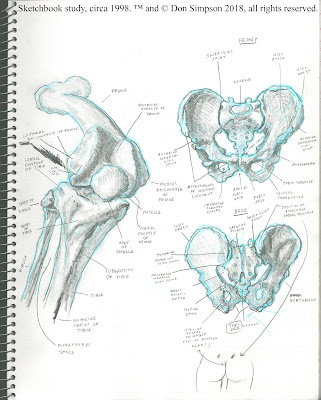 The fact that I was no longer interested in Burne Hogarth's Dynamic Anatomy or Dynamic Figure Drawing (Watson Guptill, 1958 and 1970, respectively) suggests I was looking for more realistic instruction than the kind that fueled the superhero studies of my teenage years (and which I tried to rid myself of in the early, exaggerated Megaton Man comics). But the oldies are the goodies, and nearly all of the titles here are old chestnuts in the genre. 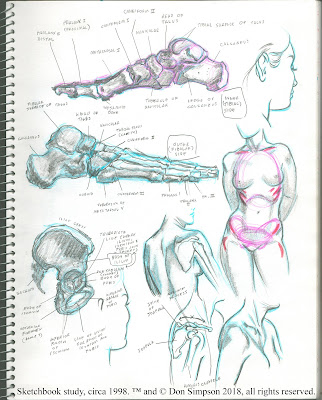 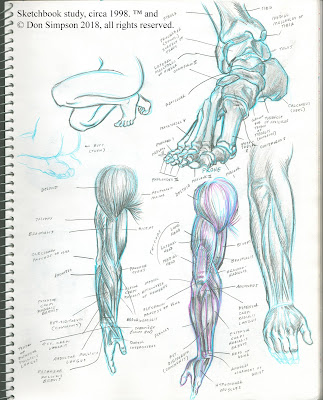 As I used to tell my workshop and drawing class students, while software programs become outdated every three weeks, human anatomy hasn't changed significantly in tens of thousands of years; there is no better investment of time and effort than studying the subject. 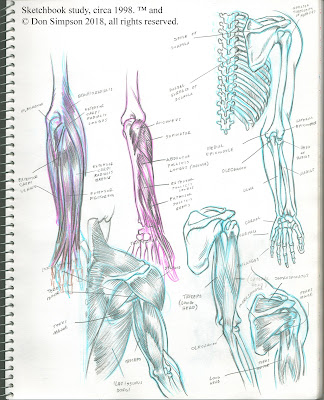 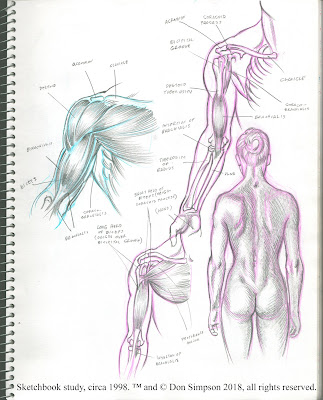 Many newfangled anatomy books, especially the execrable Human Anatomy Made Amazingly Easy, by that cynical charlatan Christopher Hart, are worse than no instruction at all. Stick to the classics.
Posted by Donald E. Simpson at 4:17 PM