Return to Funnytown: Recalling In Pictopia for a Reprint That Never Happened

UPDATE November 10, 2014: Here is the inked final for a new piece of art based on the 1986 story by Alan Moore, commissioned by a Brazilian collector and scholar. 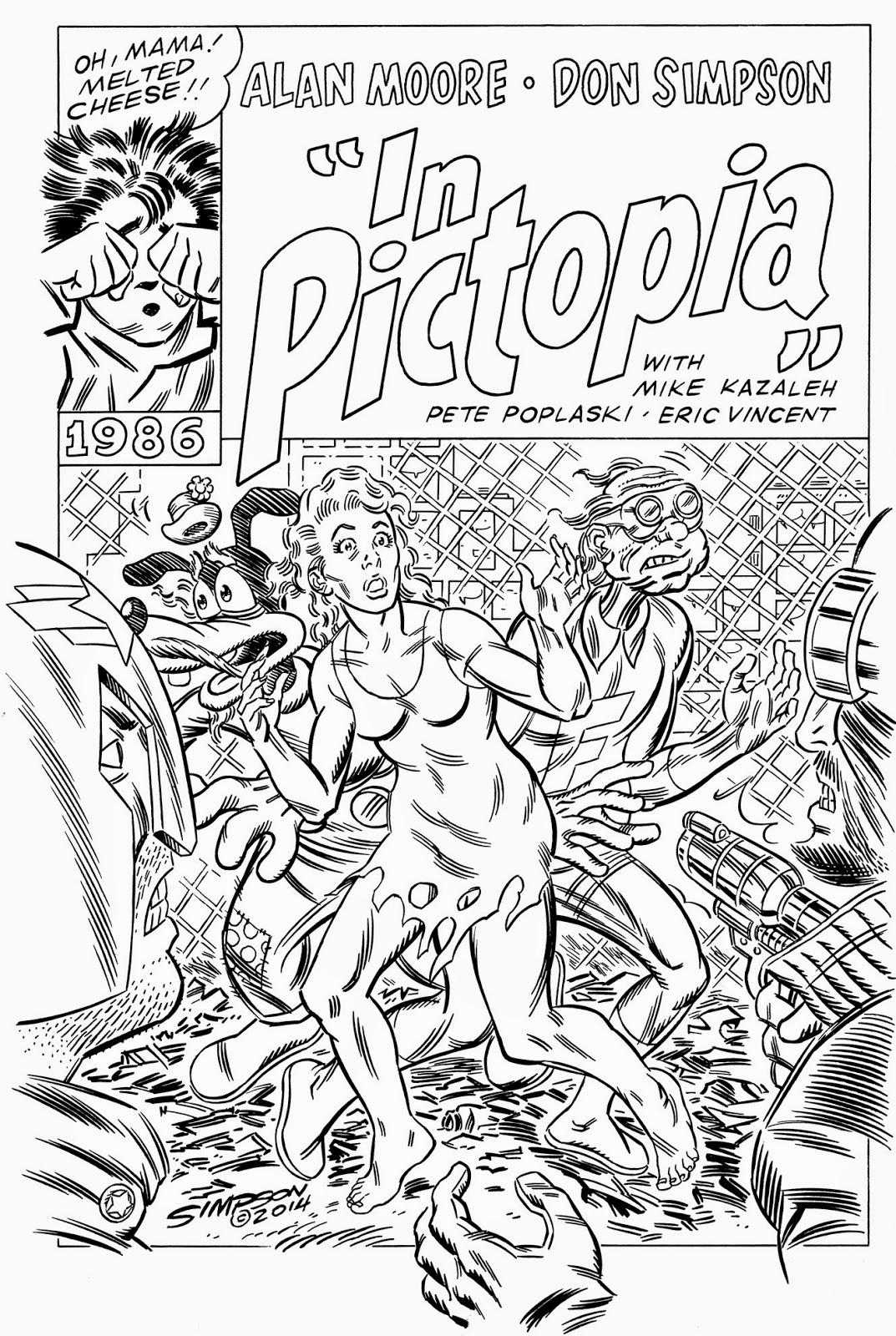 UPDATE November 6, 2014: Here is the rough for a commission I am creating for connoisseur Flavio Pessanha who wanted to see a "cover" for the story. I will post the ink version here shortly.


Note: In 2010, the thirteen original art pages of my 1986 story, "In Pictopia," from a script by Alan Moore, was the subject of an exhibition at the Toonseum in Pittsburgh PA. In conjunction with the exhibit, a black-and-white reprint of the story, with a new cover, was planned, but expected funding for the publication never materialized, despite obtaining Alan's blessing through Chris Staros for the enterprise. The exhibit went on and was a delight, but the reprint did not happen.
I had asked several participants involved in the creation of the comic in 1986 to write down their recollections for the reprint, which was edited by then-Toonseum curator John Mattie. The text that was prepared for the publication appears for the first time below.
--Donald E. Simpson, PhD
Pittsburgh, 2014 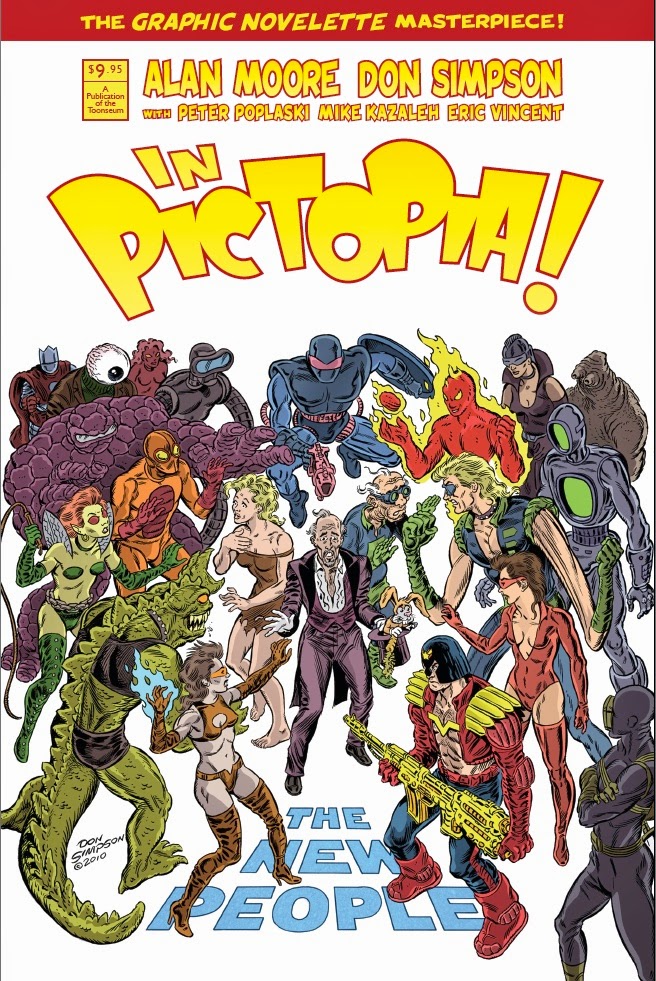 The entire story with original coloring by Eric Vincent can be read online here.
"In Pictopia" is ™ and © Alan Moore and Donald Simpson 1986, 2014, all rights reserved.
Posted by Donald E. Simpson at 9:21 AM