Why In Pictopia Has No Author

This is the last communication I received from the author of “In Pictopia,” a story I illustrated with the help of Mike Kazaleh and Pete Poplaski, beautifully colored by Eric Vincent, in 1986 (as I was making the transition from Megaton Man to Border Worlds and then obscurity). The story originally appeared in Anything Goes #2, published by Fantagraphics Books in December, 1986 (a benefit book for their now-legendary legal hassles), and later collected in Fantagraphics’ Best Comics of the Decade, Volume I (June 1986). In 2021, Fantagraphics Underground issued what I consider the definitive edition of the story, but without the author’s name. 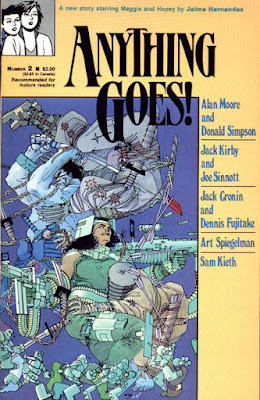 When the author granted permission to reprint the story but with the condition that his name not appear on the outside of the book or in any publicity for it, I agreed (although legally there was no such requirement to honor such an inane request) under the assumption that the author could be reasoned with and eventually persuaded to change his mind; this turned out to be a false hope. The rest of the story of my 35-year curatorship over this now-disowned piece of cartooning history is chronicled in my text piece in the FU edition. The following correspondence is dated August 5, 2020. It is presented here for historical purposes only; discuss amongst yourselves.

I passed on your message, please find Alan’s reply below.

While this is a letter that I wish I could avoid writing, I feel that I should state my feelings plainly in order that there be no misunderstandings.

Simply put, my career in comics was not an enjoyable one, nor one that I can look back on with any fondness, sense of genuine accomplishment, or indeed anything except for a wearying depression at having wasted so much of my life in an industry that is, to me, an embarrassment. I’m aware that this is most likely to be seen as further evidence that there is something wrong with me psychologically, rather than that there might be something wrong with comics, but, nevertheless, this is the position that I have ended up in. Other than a very few works by friends or loved ones, I haven’t read or enjoyed any comics in the last couple of decades. Having disowned more than ninety per cent of my comic work, I no longer possess copies of that work, and have no wish to talk about or even think about that over-long period of my life. This is simply because, perhaps selfishly, I have found my life to be much happier and more enjoyable the further I get from the comic field. I really and sincerely, for my own peace of mind, wish to be disassociated from comics and my comics career. 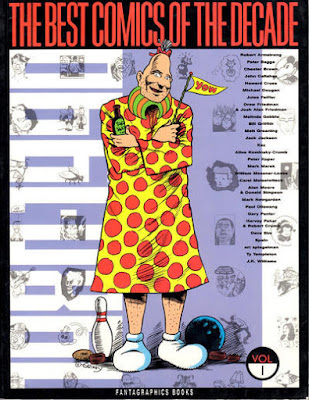 I haven’t wanted anything to do with Gary Groth and Fantagraphics since the 1990s. This was when they first published an interview with Steve Bissette – who, at the time, was seeing a therapist about his pathological lying, or at least that’s what he told me – in which he listed all of my apparent tyrannies on the 1963 project, presumably to publicise his then-current dinosaur comic. This was the end of my relationship with Bissette, and the reason why I asked for my name to be removed from any further editions of the 1963 title. Gary Groth followed this interview, I’m told, with an editorial stating that it was my personal greed that had ruined comics. When, inevitably, I was contacted by The Comics Journal some months later to ask whether I wanted to do another circulation-boosting interview with the fanzine, I politely declined, explaining that I felt our points of view had diverged to such a point that I saw no value in any further interviews. This prompted a phone call from Groth where he explained that his editorial had been written with “a tone of regret.” As I informed him then, to say that he regretted that my greed had ruined comics was, if anything, more condescending than his original attention-grabbing statement. I repeated, I think politely, that I thought it best if I had nothing further to do with him or his publishing concern. This, apparently, resulted in retaliatory negative reviews of my subsequent work, which tended to confirm my opinions and to further alienate me from what I was starting to see as a juvenile industry with more than its fair share of unprincipled opportunists. 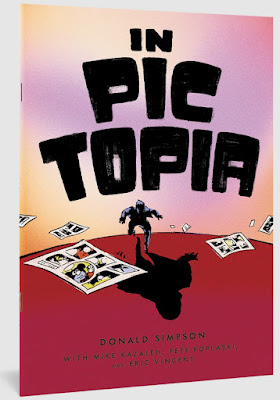 When you asked if Fantagraphics could publish an edition of In Pictopia, I didn’t want to deny you the chance to republish what was a very good strip with excellent artwork, and thus suggested that you publish it without my name, and that you and the other people who worked on it should share any monies between yourselves. You first sent a message suggesting that I use a pseudonym from a piece of unpublished work that I’d forgotten about, and so I sent another message hoping to clarify my position. This time you replied asking why I hadn’t said that in the first place – I thought I had – and stating that you were going to drop the project. If that was your decision, then I figured that was fair enough, and that this was the end of the matter. I next received a message from Gary Groth saying that he would respect my wishes regarding the removal of my name, and, in what I suppose was his regretful tone, asking me to remember “our time in the foxholes together.” I am unable to remember any such time. All I recall is a certain amount of work done without expectation of payment, and then a flurry of snide and underhand backstabbing. 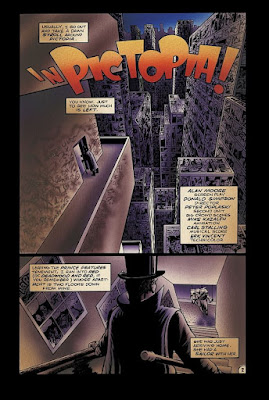 So, while I’m sorry to upset or disappoint someone who I remembered as a friend and a very talented collaborator, I’m afraid that I’m unwilling to change my position on this. I really don’t want anything further to do with comics or with my work in that field. I certainly don’t want my script reprinting. If this project cannot go ahead without my name attached, then I really think it best if you follow your first impulse and drop the project altogether. It’s entirely up to you, but whatever your decision, I’d be grateful if I didn’t have to hear any more about it. This is nothing personal, and is entirely a result of my gradually worsening relationship with the comics business.

With apologies, and my very best to you and yours,