I finally finished Bleak House - although much of the final third was rough slog. As warm, direct, and unassuming as I found Esther Summerson's first-person narrative, I found Dicken's objective, cynical, sardonic present-tense narrator at times impenetrable. The syntax was garbled, not so because of the present tense so much as Dickens trying too hard to be cynical and sardonic.

The only function of this narrator seemed to be to tell portions of the story that Esther herself could not have witnessed - also to remind the reader, heavy-handedly, that Dickens is after all a satirist. These passages would have been better had Dickens not tried so hard to overdo it. (This objective narrator is at his best at such times as when, late in the book, the steel manufacturer,  Rouncewell, converses with his long-lost trooper brother, George.) 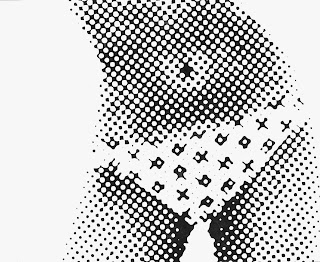 Esther Summerson as narrator, for all her warmth, is every bit as penetrating and insightful - of such characters as Skimpole, Mrs. Jellyby, and Mr. Turveydrop - as is Dicken's presumably "objective" narrator, without the bite, and without seeming to be aware of her often sarcastic and critical transcriptions. The characterization of the seemingly roundabout but in fact relentless Columbo-like Inspector Bucket, for example, is completely consistent between the two narrators, offering no difference in point of view. Bleak House would have been a better book if told completely from Esther's generous (but not unflinching, as it turns out) perspective, rather than being shared with the intrusive and too-snarky "objective" narrator.

Still, the book finishes strong, and is quite moving, particularly in the reunion of the two brothers and Esther's corrected matrimony to the philanthropic Dr. Allan Woodcourt. In many respects, Bleak House is every bit as panoramic as Vanity Fair, albeit with a forced taciturn quality in the former that pulls in the negative direction as much as the latter pulls in a faux-comic upbeat direction.

Bleak House is not a novel to begin when I did (in 1985, at the age of 23), but it is a novel to read when you're almost 57. It is a middle-age novel, when one can appreciate the passing of time, look back with some objectivity over foolish life choices, and can appreciate the wisdom of experience.
_______
Vanity Fair and Bleak House, Part I.
Posted by Donald E. Simpson at 3:00 PM