I'm going through my second childhood--only this time, I'm reading prose fiction instead of wasting my time with dumbed-down ol' comic books!

Here's a snooty selection of what I've read over the past year or so, in no apparent order:

Harry Potter by J.K. Rowling--I read all seven books and watched all eight DVDs in eight weeks in the summer of 2015. I'm a late adopter--having worked at Border's in the early 2000s and probably handled (conservatively) some 10,000 individual copies of the various HP editions through the end of 2005 as a part-time bookseller. I never read a single sentence at the time, being exclusively interested in non-fiction (which lead to me returning to college for a decade-long stint). But I've read pp. 317-421 of The Prisoner of Azkaban (the Shrieking Shack sequence) a total of eight times--it's the most brilliantly orchestrated piece of storytelling I am aware of in any media.

The Hunger Games trilogy by Suzanne Collins--starts out very strong, but she's too committed to her three-act structure to see that it's going off the rails (and becoming mind-numbingly repetitious) by the middle of Catching Fire. Should have followed her instincts into the political satire of 1984 and Brave New World, and fattened up each book as she went, like Rowling. Hope she will do a grown-up dystopian exploration of this world someday.

Manhattan Transfer by John Dos Passos--a somewhat coldly modernist experiment, would have been better if he had followed the actress who is the de facto main character more thoroughly. Just the coolest title of all time, and no wonder Tim Hauser named his vocalese quartet after this book--even though the actual Manhattan Transfer was a completely unglamorous railroad stop in the middle of New Jersey swampland (as the book briefly depicts)--not the long-lost romantic transit hub a la Pennsylvania Station Hauser must have imagined.

Are You There God? It's Me, Margaret by Judy Bloom--mid-century secular suburban assimilationist propaganda hearkening back a lost Golden Age when we all watched three networks and ate Campbell's Soup. Margaret's obsession with "developing" is a literary theme I completely missed as a boy Marvel Comics reader.

An Abbreviated Life by Ariel Leve--a literary memoir (full book review forthcoming, so I don't want to spoil it), but also about a girl's life, and its aftereffects in adulthood. Moving and brilliantly constructed.

City of Ashes and City of Fallen Angels by Cassandra Clare--the faux-glamorous pseudonym should tell you all you need to know. I read books one and four in the Mortal Instruments series after seeing a young reader buying a stack of them at B&N. The Shadowhunters series (pleonasm, anyone?) tries to conjure the feeling of the later Harry Potter books--kind of a junior Order of the Phoenix--with steamier teens. Too many build-ups to clever ideas that go nowhere, like the Institute and the restaurant where you can order werewolf cuisine--Rowling would dramatize these ideas memorably, not just have them pedantically explained to Clary by unlikely character she meets. The fourth book shows some improvement, at least insofar as generating more compelling cliff-hangers.

The Barsoom Trilogy by Edgar Rice Burroughs--I read the first three John Carter books on my Nook (they are in the public domain on Project Gutenberg), and really was astonished. This guy is one hell of a writer, albeit politically and socially regressive. A nineteenth century American sensibility that could have only been formed between the Civil War and WWI. Reading The Cave Girl now, a much choppier work (but it seems to be getting better as it goes along) that I suspect was an earlier manuscript rejected before the success of Tarzan of the Ape and A Princess of Mars allowed ERB to unload it on a pulp magazine. All his main themes are present, albeit in primitive form--particularly the effeminizing effects of civilization, which apparently can always be reversed by a quick trip to the jungle.

End of Days by Susan Ee--unfair to start with the third book of a trilogy, I know. Aside from the complete trivialization of the incredibly compelling Watcher Angels material from the books of Enoch, I agree with the critics that it seems rushed and first-drafty, particularly in the second half. I couldn't tell if characters were in cars, flying, or water-skiing, but at least it was kinetic. Like Clare, suffers from rather wan humor.

About Harry Towns by Bruce Jay Friedman--the entire second-half of a lifetime takes place in the span of about ten years in this cocaine-saturated, Playboy-era satire of Hollywood and New York. Why isn't this guy more widely read today?

Night Circus by Erin Morgenstern--not as good as the critics would have it, but well-written and compelling. Not much of a contest ever really materializes between the two magical protagonists, but that doesn't matter because it's such a thoroughly realized world. Would like to read more.

Time and Narrative (three volumes) by Paul Ricoeur--okay, not prose fiction, but a work of literary theory that, along with Harry Potter, forms the most important educational experience I've had since grad school. I wonder if Rowling has read it--not that she has to, she already seems to have internalized its lessons of Aristotelian muthos or "emplotment." 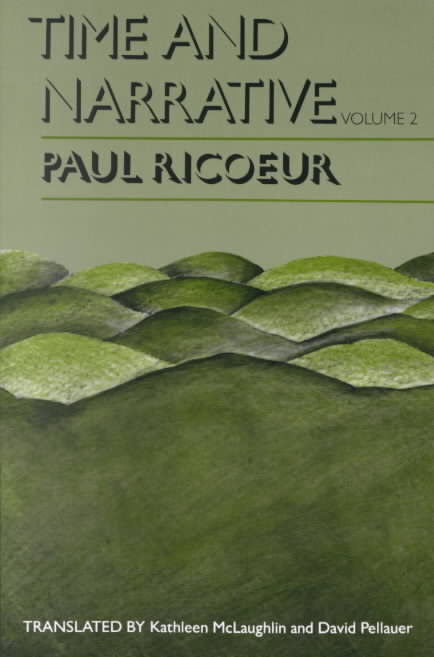 I'm currently reading or have recently read John Dos Passos' U.S.A. trilogy; Starship Troopers by Heinlein; Asimov's Foundation series; Wm. S. Burroughs Nova Express, The Ticket That Exploded, and others; The S.P. Mystery by Harriet Pyne Grove; To Your Scattered Bodies Go by Farmer; Triplanetary (expanded) by E.E. "Doc" Smith; Alice's Adventures in Wonderland by Lewis Carroll; The Acts of King Arthur and His Noble Knights by Steinbeck; Idylls of the King by Tennyson; and a bit of Le Morte Darthur by Malory. More on those later.
Posted by Donald E. Simpson at 7:39 AM