Fun With Texture: Demo from a Cartooning Workshop

This sheet was drawn on Strathmore medium drawing 400 series 9" x 12" creme paper as a demonstration for a cartooning sketchbook workshop at the Carnegie Museum of Art in 2008. I enjoyed those workshops immensely. They were usually held in summer, although in recent years I became too busy with graduate school to be able to offer them. For years the museum refused to offer cartooning instruction, insisting by policy that educational offerings coincide with works on view in the museum galleries. Finally, in 2004, with the R. Crumb retrospective as part of the Carnegie International that year, I was invited to give instruction. 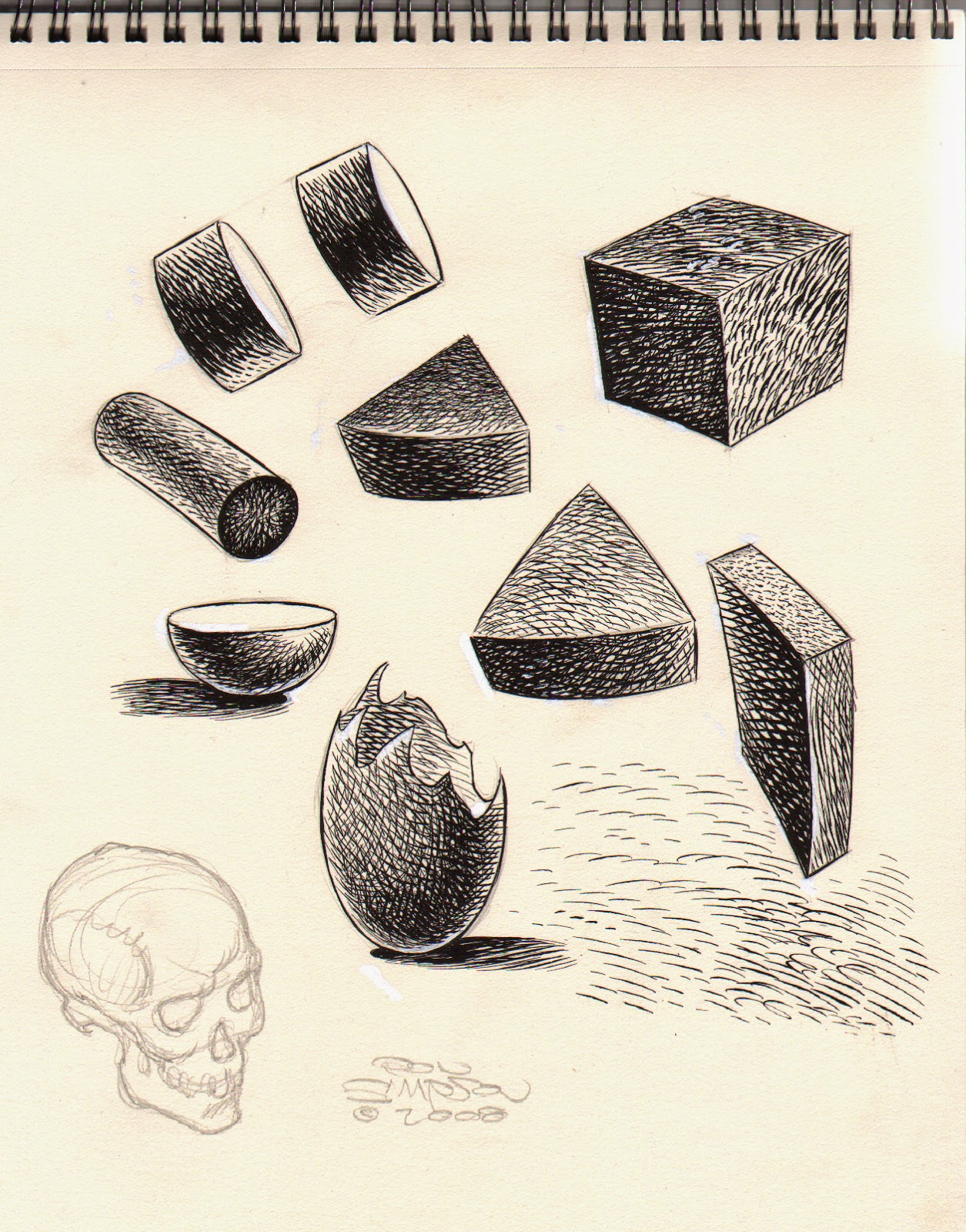 Since then the museum has canceled adult education workshops in drawing, painting, ceramics and other traditional media in favor of lectures relating to contemporary works of art. It is nothing short of tragic to see the museum art world forsake interactive drawing, the basis of all the visual arts (including architecture, cinematic storytelling/storyboarding, theatrical set and costume design, etc.) for passive dispensation of theory. The proper response to art is artmaking, not idle attendance at a lecture.

Two CMAs and the Second Commandment: A Digression

The current artworld, centered in public museums housed in large, monumental neoclassical buildings, have run the risk of succumbing to an ideology centered on their own self-importance as elite palaces of culture rather than democratic institutions of municipal and civic engagement. Cleveland's museum early in its history built a palace but emphasized education for all classes of Clevelanders, and despite the impulse to move to the right, has managed to successfully balance the two; but Pittsburgh, unfortunately, has not. Under its current leadership, Pittsburgh's CMA (as opposed to Cleveland's CMA) has embraced the ideology of contemporaneity in which various pseudo-Dada practices form the basis of high-flown intellectual discourse. But such mere pseudo-political conversations as can result from the contemplation of found objects, installations, performance and the like, while often interesting and verbally challenging, are rarely as rich as the contemplation of visual art that are works of the mind, as manually-generated images almost by the very means of their origins almost inherently are.

The mistake that over-educated, verbally-adept critics, curators, theorists, and art historians continually make is to disregard visual composition such as only the hand produces as thoughtless, or at least not as thinking on a level comparable with words. Old-fashioned craft, according to this ideology, is reserved only for the wordsmith and never the image maker, who is invariably regarded as a capitalist sell-out for rendering illusions corresponding to apparent reality, or at the very least mechanical and uncritical like a camera. Likewise, such honorifics as thinker and genius are reserved for the writer of texts, and even the title artist, when bestowed upon maker of conversation pieces, is not done without the most arch and patronizing irony. The bias for text over image runs very deep in our culture, going back at least to the Judao-Christian second commandment, which Max Horkheimer claimed as the basis and justification for contemporary critical theory.*

In any case, one hopes that the ascendance of logos and the iconoclastic impulse that has subtended much enthusiasm for modern and contemporary art over the past century or more will prove to be only a temporary aberration in our culture, and for a return of drawing to the educational environment of the city of Pittsburgh, and to the artworld nationally and internationally, in the very near future.

For more on drawing, see The Withering Away of Drawing. For more on the Dumbadze anthology, see After Critical Thinking.
Posted by Donald E. Simpson at 4:00 PM