The Withering Away of Drawing

A generation ago, one could go to the theater to see acting, a dance recital to see dance, a concert to see music, a comedy club to see comedy, a movie theater to see cinema. Today one can still attend those venues and see those creative expressions, mutatis mutandis, in forms that are approximately recognizable and arguably more sophisticated (the dancers, musicians and directors I know all report that today’s performers are all better trained than ever). But whereas a generation ago one could go to a museum or gallery to see art (drawing, painting, sculpture—I will refer to drawing as the global stand-in for all the traditional forms of handmade imagery), today one can only see emaciated installation, careerist curatorship, and pleonastic critical theory. The marble palaces and temples of art built a century ago no longer showcase the works of the hand, but the utter conquest of logos. In terms of the art world, no one seems to draw anymore.

The question is not whether such vapid contemporary practices as installation, performance, “big photography” and the like are valid forms of creative expression, dependent though they are on a kind of literal-minded, overeducated, flatfooted verbal elaboration (the wall text, the audio tour, the credential-fetishizing CV), but why these synthetic rituals merit our attention at the expense of drawing, painting and sculpture. Why have these “new” practices attached themselves, like a cancer, to the visual arts, and not to the performing arts, or to creative writing?

One can still read a book on paper, Kindle, or ipad, and still expect proper spelling and punctuation. But hardly any visual artist of any art historical stature (and there is no other kind) since Jackson Pollock has bothered to study perspective or anatomy. Life drawing, that quaint empirical practice of delineating the present nude human figure (to say nothing of the a priori drawing of invention and/or from memory the Old Masters had mastered), has persisted in art schools for the past several decades not with the ambition that students master the tradition so much as to demonstrate how hard, if not impossible, it is to create an image the old fashioned way. Indeed, a semester or two of such inevitable frustration is as much as anyone can be expected to take before retreating permanently into video or the auratic manipulation of space (the kind for which one has to be there), or, to do what art students have always done at art schools since the Beatles: form a band. 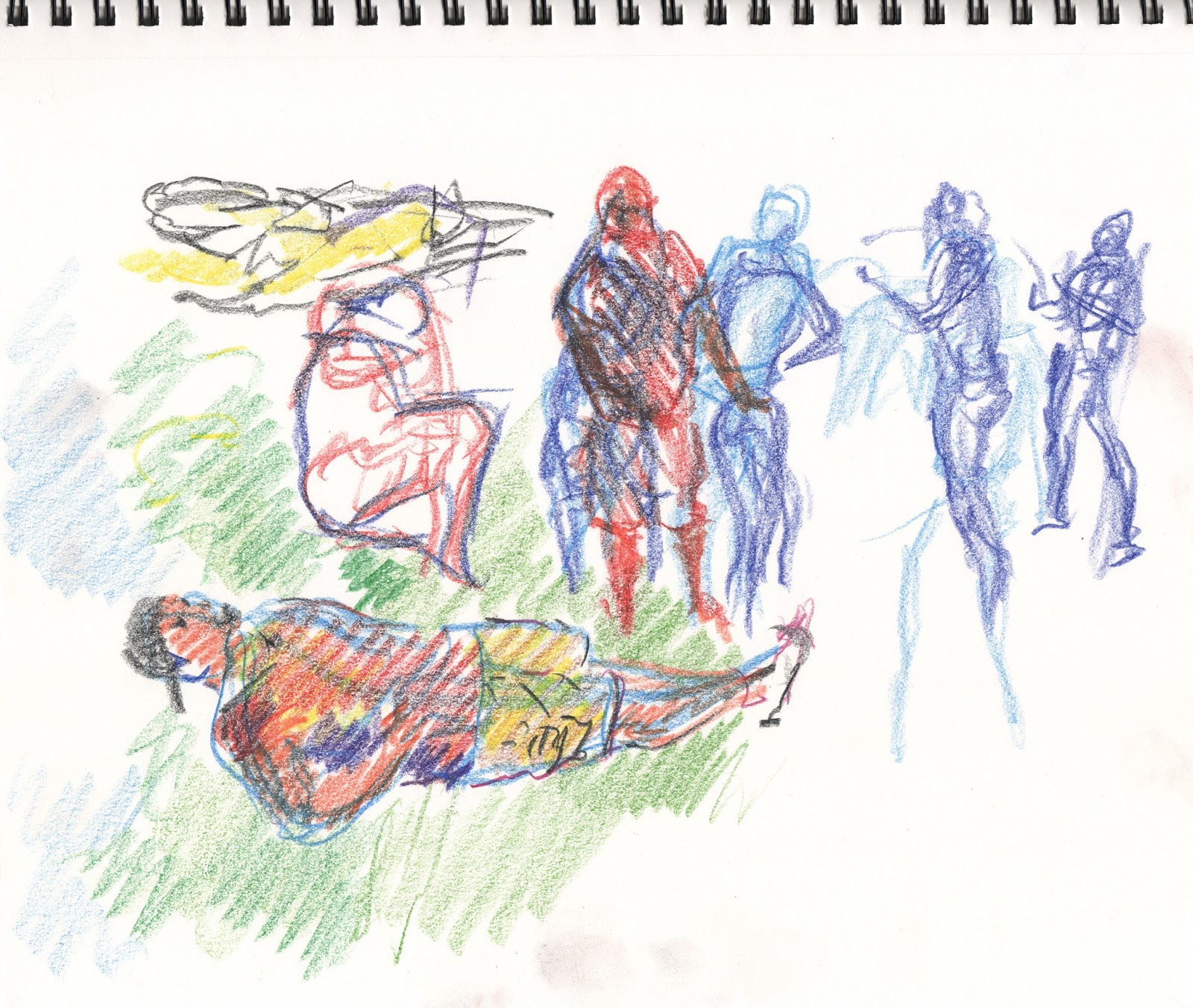 Marxian contemporary theorists, impotent to further the Withering Away of the State or to facilitate the Dictatorship of the Proletariat, have succeeded at least in one revolutionary project: shooting the wounded in the image wars. The humble draughtsman, the last proletarian, agent of the bourgeoisie, reduced to the slavery of advertising and illustrating children’s story books since the nineteenth century, routed by photography and ethnically cleansed by digital editing software, suffer the final genocide at the hands of superstar curators and Distinguished Professors of Contemporaneity. Herded into the internment camps of Madison Avenue while photography was still monochrome, even that reservation has disappeared as “art directors” have long since lost the ability even to sketch on the back of a napkin. We no longer go to the gallery to see anything as primitive as marks made on surfaces by actual human beings, but to see aesthetic experiences manufactured by expensive machines (“new media”), enabled by the linguistically adept with exegetical texts. Theory furthers the conquest of Capital at the expense of the human, just to prove it can accomplish something. When the revolution comes, one will be able to hunt in the morning, fish in the afternoon, rear cattle in the evening, criticize after dinner, but no longer be able to draw a straight line (no one has done that anyway since before the Frankfurt School moved out of Germany). O, Brave New World!

Histories of modern art are written as if the public lost its appetite for representation and figuration before 1900. This ignores the fact that illusion has never enjoyed a stronger (long) century. The average eyeball today spends more time than ever looking at pictures than actual reality, but God forbid those illusions should be drawn by hand. Puritanical Christianity, Talmudic Judaism, and aniconic Islam, those warring Ibrahimic religions, at least can agree on one thing: Thou Shalt Make No Graven Images—by hand. Click, cut, and paste –that’s okay. But paper and pencil are the Devil’s implements. Even comic books and “hand-drawn” animation, those last bastions of the analog, are so larded with faux hand-lettered fonts, Photoshop coloring, and vector-based smoothness that all evidence of the hands has been processed out, sanitized, sterilized. Why force a child into a life of cultural disadvantage by giving them a box of crayons and construction paper? Start them off with a digital device right away—this will make them better consumers, further deplete the planet’s fossil fuels, exacerbate the internal contradictions of Late Capitalism, and hasten the Future Communist State. 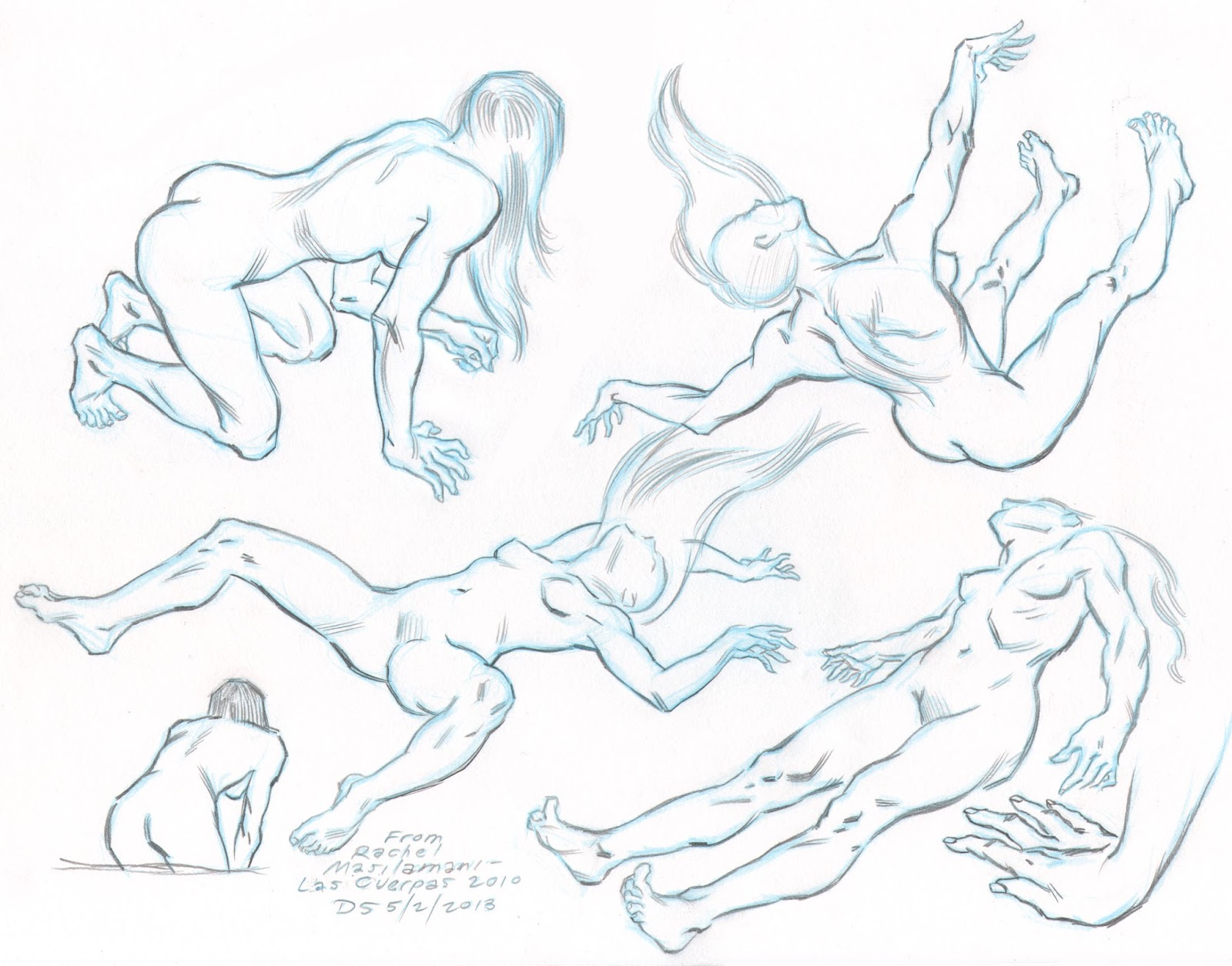 In 2004, Rosalind Krauss declared that charcoal was dead, while attendees at a contemporaneity conference, with their inert ballpoint pens and legal pads, scribbled down her every word. In 2010, Thom Mayne told an auditorium full of Carnegie Mellon architecture students that drawing was romantic, but completely irrelevant to what was happening in (important) architecture today. (I happened to have witnessed both utterances.) Artists who once illustrated the Painted Word (that cheesy, dated text by Tom Wolfe) now produce conversation pieces for Frederic Jameson. Otherwise, they are effaced by Art History; just ask Arthur C. Danto or Boris Groys. Drawing has been reduced to something a few of us do in our sketchbooks for self-expression, like diarists compelled to transcribe their innermost thoughts, or poets who never expect their poems to be read by other human beings. Drawing by hand has no place in contemporary art, which may be defined as works which have no reason to exist other than for theoretical interpretation: a mixture of bad art and bad philosophy. (Which gives rise to the question: Is it more important for a contemporary artist to be bad at art, or bad at philosophy?)

One has to wonder how humanity, completely devoid of the ability to draw, can be understood as being more human than before. What can account for the utter hostility of the logos to the traditional hand-generated image? Why are we inclined to accept the cold, hard, indifferent document produced by the camera (even when it is blatantly manipulated, edited, processed a dozen different ways) as truth, but regard the illusion produced by the hand of the artist at the ol’ drawing board as apostasy? How is the twenty-first century mind improved by art that sucks (i.e., is not worth looking at)? How did things get so bad? Such a circumstance can only be attributed to the emaciated condition the various illusion-generating technologies of modernity have left the vulnerable craft of drawing, susceptible now to the pernicious bullying of the verbally adept but otherwise politically impotent.

[Another way of stating this is: Why must (visual) art history necessarily end up with a shark in a tank of formaldehyde or the mind-numbing fully automated (and mindless) spectacle of the Visionarium variety, but the histories of music, drama, cinema, literature and other forms of creative expression go on, business as usual, as unmolested outlets of humanism? Why do they get to have all the fun while art historians are saddled with such a depressing, unhappy ending? What is it about drawing that gets under the skin of those who are able only to think in words?]
Let installation continue. Let theory continue. Let the myriad practices of “new media” continue. And let them go on being celebrated in temporary biennials that take over resort cities and find housing in repurposed, formerly dilapidated urban buildings in rundown neighborhoods. The overeducated are entitled to their art too, and certainly their little occasions for wine and cheese (where else can they all dress in black?). The question, I repeat, is not the validity of these (pseudo-) intellectual enterprises, but why this scourge has been visited upon the quaint, workmanlike picture gallery, apparently sparing other forms of creative expression. After all, one doesn’t get hit over the head with October when one attends a musical comedy, and one certainly doesn’t expect to have Critical Inquiry shoved up their ass when one goes to the movies (even an art film), ordinarily. But it sure as hell is inescapable in public venues for the once-analog visual arts.

Since they’re not really being used, a modest proposition: Surrender the galleries and museums to those to whom they properly belong, artists who draw (and paint and sculpt). Assuming, in our unabated modernity, these can still be found.
Posted by Donald E. Simpson at 7:01 AM