Below is a sketch of Jim Pascoe, drawn in a coffee shop on Carson Street in Pittsburgh some time in the late 1990s. You can tell it is late at night because I tend to want to sketch like Moebius when I’m tired. 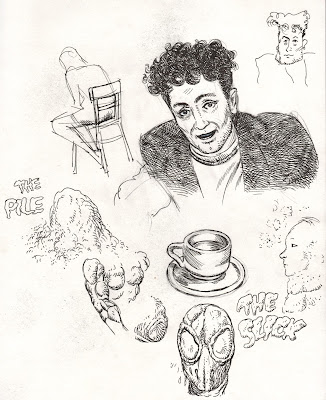 Here is a detail of the same page. Jim seems to have a jaundiced eye, but that is my mistake. I tried touching it up, but I had used some fountain pen I had been trying out with water-based ink, and painting over it with white watercolor didn’t work too well. What that Bill Sienkiewicz-like doodle is doing in the upper right corner I have no idea. 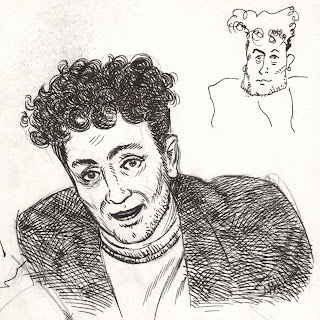 Jim wrote a zombie script for some kind of anthology some time in the mid-2000s, which I thumbnailed below. 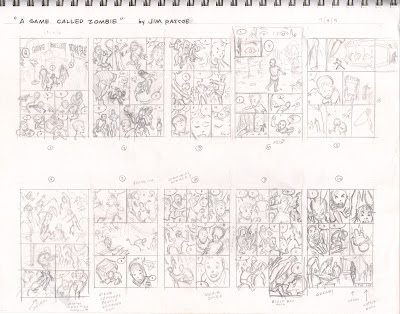 Here is one of the penciled pages. I regret drawing it in 11 x 17” format which I found to be constraining. That’s one of the main reasons I never finished it. As I’m getting older, I need to draw bigger originals just to see what I’m doing and to be able to put in all the detail, such as carnival backgrounds in this case. 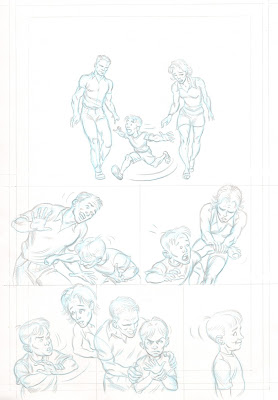 I liked these drawings a lot, though. I had to do some research on drawing children to get the right age. I like the dynamism of the figures. But I did not leave enough room to letter, which became part of my frustration with this job. I think I must have been going to school already by this time, and I was really out of practice. My instincts were just off. 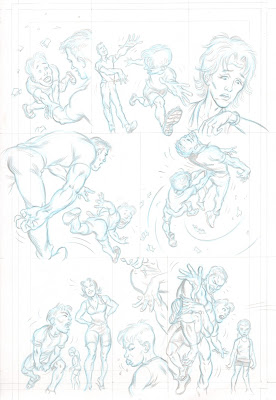 Here’s the top tier of the last page I attempted to pencil. I had school and other commitments that made it impossible for me to complete this project; the inker ended up completing the art from my thumbnails. I wish I had gone that route in the first place! Jim later showed me the finished art. 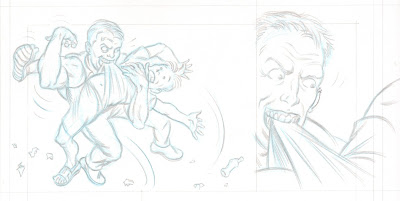