Who's the Greatest Artist Alive Today? Meet Arne the Android!

I've written elsewhere on the death of drawing; suffice it to say, over the course of my lifetime, I've watched hand drawing go from just about its midcentury peak in Western Civiliation to its virtual extinction in the twenty-first century. Hand drawing (and its offshoot, painting) once appeared in and on everything including newspapers, magazines, hardcover dustjackets, paperback, editorial illustration, advertising, album covers, billboards, signs on the sides buildings, and everywhere else. Except for a few specialty purposes like children's books, comics, and The New Yorker, imagery of the hand has almost completely disappeared as photography and digital technologies have conquered every realm.

This state of affairs is so obvious and by now irreversible that it's not even worth bemoaning anymore.

However, when I come across some pocket of our contemporary culture where drawing is still vital (and that's never in the fine arts, needless to say), it's worth celebrating.

This morning, I went searching to see various artistic interpretations of Barsoomian flying machines; I figured there must be several illustrators who've offered their take on Edgar Rice Burrough's John Carter of Mars series. I came across the work of someone so astounding, I fell into a rabbit hole for over an hour.

Imagine Ralph McQuarrie, Ron Cobb, Jean (Moebius) Giraud, Enki Bilal, and H.R. Giger all rolled into one and you'll have some idea of the imagination of Arne Niklas Janssen, who was born in 1977 (the same year those designers were impacted Hollywood movies like Star Wars and Alien) and signs his work Arne (his company's name is Android Arts).

1977 was the year I began high school and decided I wanted to be Ralph McQuarrie, and later on, all those names. I'm lucky if I have three character designs I'm even happy with, let alone are memorable, but that's not what I most envy about Arne's work. Nor is it the vast array of subjects he's had to have studied (human and animal anatomy, insects, aquatic life, machinery, architecture etc.).

There are lots of artists who can fuse techno and organic influences and invent weird stuff; usually, these hybrid analog-digital artist have some deficiencies and shortcomings. Arne has none of these. But what is most striking about Arne's work is his innate sense of weight, solidity, perspective, and body language, not to mention an incredibly subtle and unerring color sense, all of which allow his work to transcend the more trite Manga and Anime sources that seem to inspire much of his work. Arne's center seems to be in gaming, a world completely foreign to me, but he seems to have spent a good deal of time in Europe's finest museums, too.

Designing open-ended worlds without a narrative in mind is a way of thinking beyond my imagination, although Arne seems to suggest very well though-out scenarios in his texts. But putting his enormous talents to and an "end product" (like cartooning a strip like Arzach or directing a movie like Bladerunner) seems to hold no interest for him. That's just beyond my way of thinking.

I'm not even sure which designs among his various posts are actual (professional) projects, since he labels a number of them "fan art." Apparently, many are just his interpretations and elaborations of primitive, early electronic games from the twentieth century. 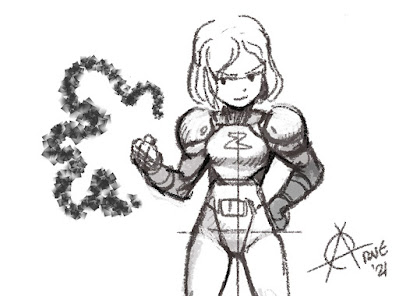 But what won me over beyond dispute was this quip on Twitter, which serves as his motto: "Chief analyst and author of several published works and studies closely examining representations of white low-rise panties in classic and modern media forms." This is accompanied by a banner for his profile page: a shot of Sigourney Weaver from the end of Alien in low-rise panties, a motif that seems evident of several of Arne's character designs.

I don't know much about Arne; his labyrinthian website and social media suggest only the tip of a massive iceberg (his writing is also error-free and highly intelligent). The first and most apt term that comes to mind is "genius." At least I know where to look if I want to swipe an armored robot or alien in low-rise panties (or perhaps a Barsoomian flying machine). 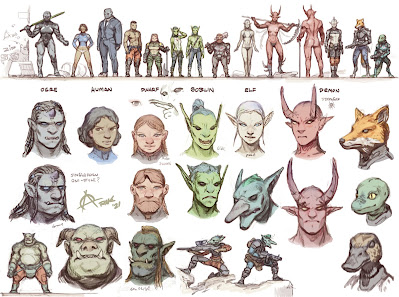 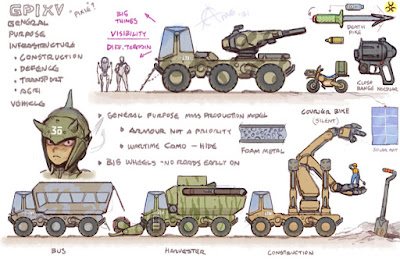 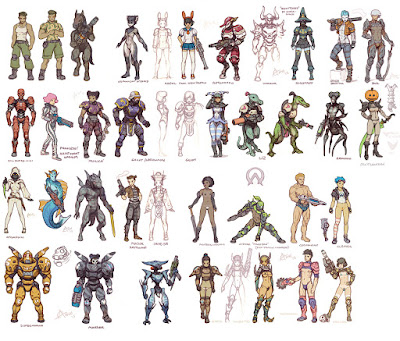 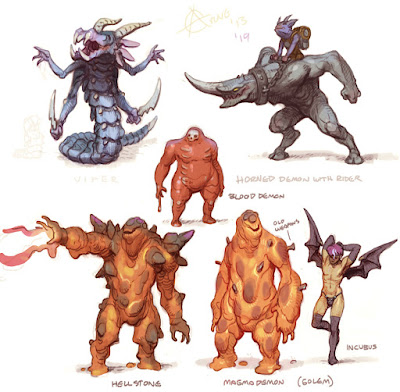