Below is a good, old-fashioned link list of the J.K. Rowling transgender controversy. I built this list for my college students who are reading Harry Potter and the Prisoner of Azkaban (1999) as part of a "Coming-of-Age" literature class (they've also read Maya Angelou's I Know Why the Caged Bird Sings, Alice Walker's The Color Purple, and Steven Chbosky's The Perks of Being a Wallflower, fyi). When I first started posting on the controversy, it seemed to many like only an intercene fandom happening, but the story has continued to have ramifications for the business prospects of the Harry Potter franchise, to say nothing of the real-world impact on the trans community. For my views, see other posts on this blog. - Donald E. Simpson, PhD.

"TERF Wars" Essay (retitled "J.K. Rowling Writes about Her Reasons for Speaking out on Sex and Gender Issues" (June 10, 2020)

The Washington Post on Being Transgender in the UK (March 31, 2021)

Rowling Claims Backlash Proves Her Transphobic Views Were Right All Along - Twitter (July 19, 2021)

The Ideological Alignment of Putin and Rowling - Forbes (March 26, 2022) 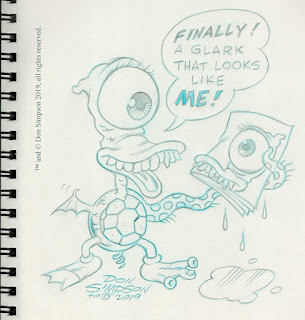 All proprietary characters, character names, likenesses, words and pictures on this page are ™ and © Don Simpson 2021, all rights reserved.