I saw The Wiz closing night at Carnegie-Mellon University School of Drama last night. It was astounding, of course (and I even met Alexis Floyd's mom from Cleveland!). But I have to say I am partial to the rehearsal process, to which director Tomé Cousin has invited me now to three of his Pittsburgh productions (M33, The Producers, and The Wiz) to sketch whatever unfolds. There's just something mesmerizing about seeing performers in T-shirts and leotards (essentially, ordinary college kids off the street, as it were) pretending in a barren rehearsal space (before the costumes, lighting, and sound of the theater stage), and bringing a narrative magically to life. (Granted, they are exceptionally talented kids!). I liken the rehearsal process to a vital, rough sketch before the final inked version in comics. Anyway, here is the final composite I made of the sketching process I was so privileged to observe! 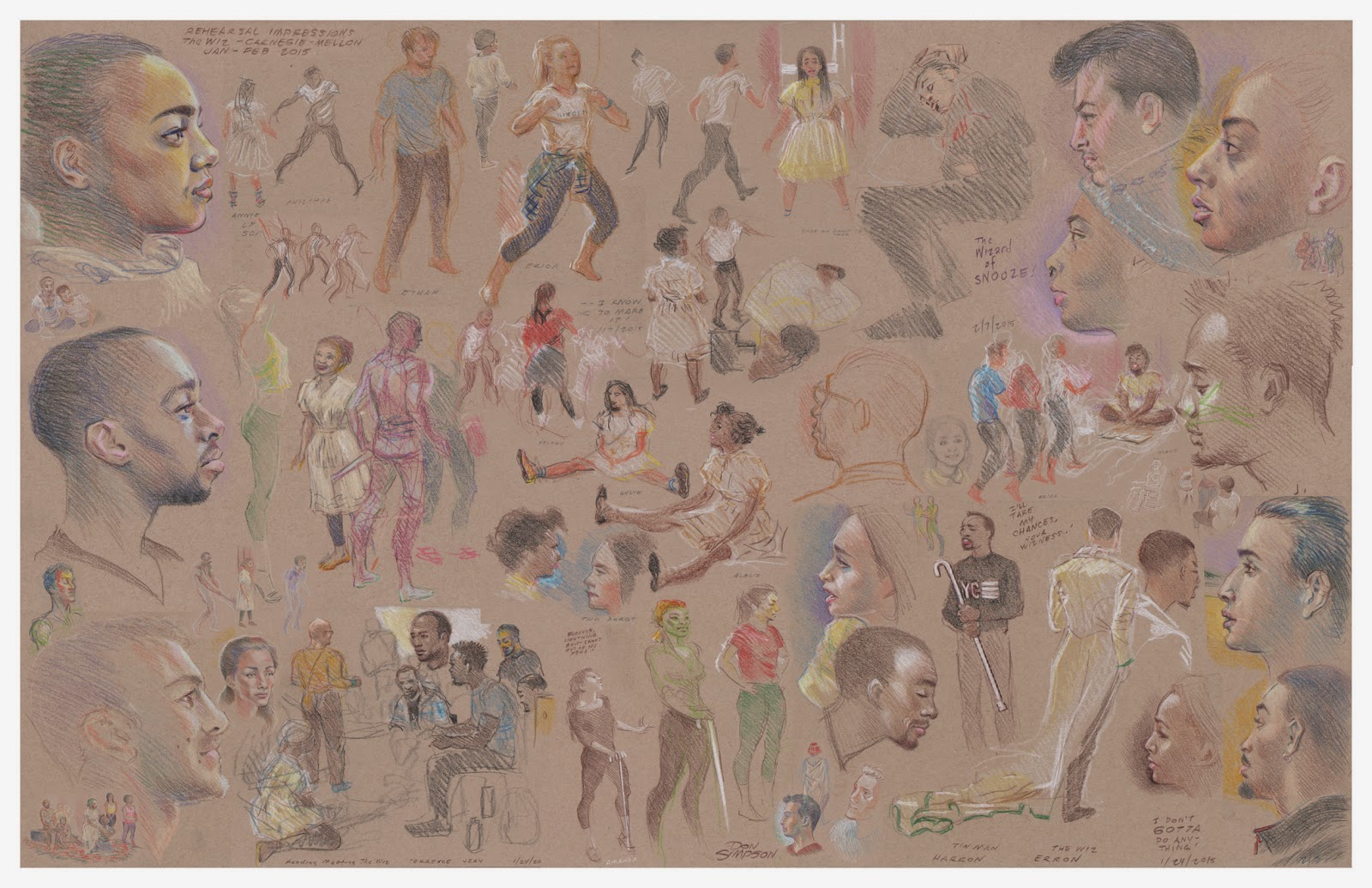 [For a peek at the raw sketches, scroll down or click here and here.]
Posted by Donald E. Simpson at 9:55 AM